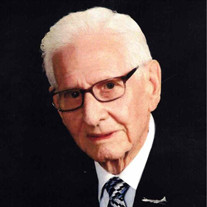 Zane Bellcour, age 96, of Fort Collins, Colorado died on March 19, 2022. Funeral services will be held Tuesday, March 29, 2022 at 1:00 p.m. at the Fratzke & Jensen Funeral Home in Storm Lake, Iowa. A visitation will be held one hour prior to the service at the funeral home in STORM LAKE. Burial will be in the Buena Vista Memorial Park Cemetery in Storm Lake. The Fratzke & Jensen Funeral Home in Storm Lake is in charge of arrangements. Zane Bellcour was born July 5, 1925 in Duluth, Minnesota to Louis and Wilhelmina Helms. Zane attended school in Detroit Lakes, Minnesota and Kewanee, Illinois. He enlisted in the U.S. Air Force at the age of 17 and graduated as a B-29 Flight Engineer. After WWII ended, he was put in charge of the records section for the Post Engineers preventative maintenance activities and was given Air Force Accommodation for setting up and writing a manual for everything that had a serial number. During Zane’s life he was a service advisor for Buick Motors, Founder/President/General Manager for Iowa Pellets, Senior Crop Hail Adjuster for Grinnell and was in Real Estate with Dick Hout of Hout and Associates, Inc. His accomplishments included starting the first pig motel for feeding out swine, serving as a member of American Society of Animal Science, and a member of American Society of Agricultural Engineers. Zane was married to Laverne Roesner at the age of 24 on July 12, 1949 until her passing on April 1, 1969 and then married Evelyn Anderson at the age of 49 on December 30, 1974 until her passing on November 4, 2012. He leaves to mourn his step-children: Joyce Walczak, Richard (Vicki) Hout, and Marion Hout; sisters: Elda Bunnis and Donna Alstrup; nieces: Maureen Bunnis, Dawn Alstrup and Carla Goodwin; nephews: Mike Bunnis, Dan Alstrup, Kenneth Bellcour, Dennis Nassett and Casey Nassett; grandchildren: Janel Schmidt, Joe Walczak, Cindy Schmidt, Debora Anderson, Diane Keitges, Douglas Keitges, David Keitges, Kim Garrity, Laurie Slattery, Angela Pantis, John Pantis; and many great-grandchildren and extended families. Zane is preceded in death by his sister, Aldora Knapstad; brother: Lewis Bellcour, first wife: Lavern; second wife: Evelyn; stepdaughter: Carol Hout; niece: Sharon Kuster; nephews: Terrence Nassett and Kevin Nassett; and brother and sisters-in-law.

Zane Bellcour, age 96, of Fort Collins, Colorado died on March 19, 2022. Funeral services will be held Tuesday, March 29, 2022 at 1:00 p.m. at the Fratzke & Jensen Funeral Home in Storm Lake, Iowa. A visitation will be held one hour prior to... View Obituary & Service Information

The family of Zane Bellcour created this Life Tributes page to make it easy to share your memories.

Send flowers to the Bellcour family.