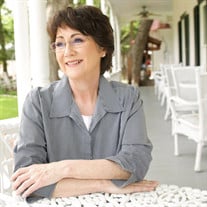 Susan A. Thayer, age 62, of Lakeside, Iowa, died December 21, 2021, at her home in Lakeside. Celebration of Life services will be on Saturday, January 8, 2022 at 10:30 a.m. at Summit Church in Alta, Iowa. Fratzke & Jensen Funeral Home in STORM LAKE is in charge of arrangements. An untraditional lady deserves an unconventional tribute! Occasionally, Mom would read through the local obituaries, shake her head, and say, “People don’t need to know these mundane details about my past. Make it a testimony about how much I loved Jesus and you guys! And some of the fun we had along the way.” Susan Annette Thayer’s life was one gigantic adventure! Born on March 23, 1959, Sue was a long-term resident of Storm Lake, Iowa. In her younger days, Sue enjoyed the lake life, with fond memories of sailing, boating, and skiing. She loved camping, the outdoors, and was an avid bicyclist, participating in RAGBRAI on several occasions. Sue happily settled into her lake home, where she lived for nearly 35 years. It was here that she housed over 130 foster children from all walks of life, some staying as little as a weekend or as long as three years. She had two daughters in this home, Kim and Kristin, and adopted three more children: Kevin, Desiree, and Zoe. Sue was always involved in church with a deep passion for mission work. On one occasion, she drove her 15-passenger van full of kids to central Mexico to help build a church. On another, she drove the same van to downtown New York to help with an inner-city bible school for youth. Recently, she visited Haiti where she had a blast “holding all of the babies” – her greatest love. Sue’s other hobbies included gardening, hosting beautiful parties with her friends, late-night bonfires, riding all of the fastest rides at amusement parks, and attending every single event for each of her kids. Sue’s heart was always focused on loving Jesus, loving her family, and loving babies. After a “stint” (as she called it) at Planned Parenthood as center manager in Storm Lake for 17 years, Sue had a change of heart after the clinic she was employed at announced they were going to quietly begin doing telemed abortions remotely, with no medical staff on site. She was fired after voicing her concerns – and later declared, “If you’re going to be fired, Planned Parenthood is a great place to be fired from.” Sue was vocal about the new telemed abortions happening behind closed doors, and eventually contacted 40 Days For Life. They had a prayer campaign starting soon and encouraged Sue to sign up. After a little nudging from God, she enrolled as a leader. Sue was the only former Planned Parenthood employee to lead a campaign outside of her own former facility and subsequently have the clinic close permanently, only a few weeks later. As Sue’s story became more public, there were increased opportunities for her to share at pro-life events, schools, and churches. Her love for Jesus was palpable in every speech she gave and event she attended. The speaking opportunities simply added to the adventure. Often, instead of flying, she would opt to drive and take as many of her children who wanted to go, turning it into a vacation and having fun on cross-country road trips. Whether it was a weekend trip to coastal Maine, a cruise to Alaska, camping on the ocean beach in Texas, or getting rained on at the Grand Canyon, Sue instilled a passion for travel in every one of her kids. In 2018, Sue was hired by 40 Days For Life as Director of Outreach, a job that ignited a fire in her heart. She was given a platform to share her story internationally and she did so tirelessly. Sue supported local campaign leaders, lobbied for pro-life public policy, and devoted her last 3 years to defending the rights of the unborn and their mothers while sharing the atrocities of abortion. She dedicated her life to serving God with grace and determination from beginning to end. In Sue’s words, “This isn’t goodbye, this is ‘see you in a little bit’ as long as you love the Lord.” While she will be deeply missed here, Sue’s pro-life legacy will live on. Sue’s passion, warmth, charity, and impact on the pro-life movement will not be forgotten. We have a lifetime of beautiful memories, laughter, reminders, milestones, and souvenirs under our belts to cherish of our mother. She was the best mom ever! Sue’s three beloved Yorkie “puppies” greeted her at Heaven’s gates, Koko, Peanut, and Yoda. She is survived by her five children, Kimberly, Kristin, Kevin, Desiree, and Zoe Thayer. “For you created my inmost being; you knit me together in my mother’s womb. I praise you because I am fearfully and wonderfully made; your works are wonderful, I know that full well. My frame was not hidden from you when I was made in the secret place, when I was woven together in the depths of the earth. Your eyes saw my unformed body; all the days ordained for me were written in your book before one of them came to be.” Psalm 139:13-16

The family of Susan A. Thayer created this Life Tributes page to make it easy to share your memories.

Send flowers to the Thayer family.