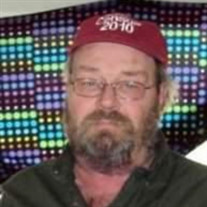 Roger K. Beebe, age 67, of Schaller, Iowa died on Thursday, May 21, 2020 at his home in Schaller. A Celebration of Life will be held on Saturday, September 19, 2020 at 2:30 p.m. at the Fratzke & Jensen Funeral Home in STORM LAKE. Visitation will take place one hour prior to the service at the funeral home in STORM LAKE. The Fratzke & Jensen Funeral Home in Schaller is in charge of the arrangements. Roger Kenneth Beebe, the son of Kenneth and Dorothy (Sackett) Beebe, was born on November 20, 1952 in Fairmont, Minnesota. Growing up, Roger attended school in Fairmont, Minnesota. He graduated high school in 1972 and then went on to community college. On July 18, 1986, Roger was united in marriage to Joan Landsteiner. Together, they raised four children: Caroline, Vincent, Annarose, and Athenna Beebe. Roger was involved in his community as a member of the Moose Lodge, where he served as Governor for multiple years, and a member of St. Paul Lutheran Church in Schaller. Throughout his life, Roger was always a hard worker and worked many jobs to support his family. Roger loved RC airplanes and would often participate and fly before he was ill. Before his marriage to Joan, he raced cars at the Fairmont Raceway. Even to this day, Roger still loved watching racing. In his free time, he enjoyed listening to music and watching his favorite team, the Minnesota Vikings. He passed down his love for the Vikings to his kids, Caroline and Vincent. His appreciation for music led him and Joan to have a DJ/karaoke business. Above all, Roger loved his family and will be deeply missed by them. Those left to cherish his memory include his wife, Joan Beebe of Schaller, Iowa; children: Caroline Beebe of Sioux Falls, South Dakota; Vincent Beebe of Schaller, Iowa; Annarose and Athenna Beebe of Schaller, Iowa; Chris (Tamara) Beebe of Zumbrota, Minnesota; Jon (Amy) Beebe of Mapleton, Minnesota; Jeff (Emily) Beebe of Fairmont, Minnesota; Charles (Jennifer) Beebe of Blue Earth, Minnesota; Stacey (Ben) Johnson of Fairmont, Minnesota; brother, Don (Ken) Williams of Jackson, Minnesota; sisters, Brenda (Russ) Deling of Doliver, Iowa and Darla (Ron) Harries of Trimont, Minnesota; grandchildren: Kenedy, Katia, Grace, Bethany (Andrew), Taylor, Carter, Draden, Chris, Layla, and Ryker; great-grandchild, Vivian; uncle and aunt, Bill and Myra Jean McCorkendale of Kansas; parents-in-law, Vincent and Anna Landsteiner; brothers-in-law: Glen (Peggy) Landsteiner, Doug (Collette) Landsteiner, Steven (Marie) Landsteiner; sisters-in-law: Susan (Jeff) Rath, Rosemary Baum, Barbara (Dan) Grundman, and Pamela (Jan) Landsteiner-de looze; numerous extended family and friends. Roger was preceded in death by his parents; infant brother, Elihugh David; and grandparents, Elihugh and Pearl Sackett; Stewart and Caroline Beebe.

The family of Roger Beebe created this Life Tributes page to make it easy to share your memories.

Send flowers to the Beebe family.