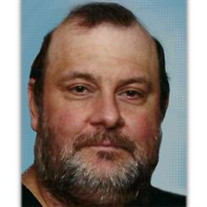 Nicholas "Nick" Duane Langner, age 57, of Schaller, Iowa passed away at the Buena Vista Regional Medical Center in Storm Lake, Iowa on April 28, 2022 after a long fought battle with several health issues. Funeral services will take place Thursday, May 5, 2022 at 10:30 a.m. at the First Presbyterian Church in Schaller. Visitation will take place Wednesday, May 4, 2022 from 4-8:00 p.m. at the Fratzke & Jensen Funeral Home in SCHALLER. The family requests that you dress in Nick's favorite sports team colors - yellow, green, and/or black for the visitation and funeral. The Fratzke & Jensen Funeral Home in Schaller is in charge of the arrangements. Nick was born on October 19, 1964 to Richard and Elizabeth “Beth” Langner. Throughout his early childhood years, Nick’s parents moved several times before coming to settle down on the family acreage permanently in 1969. After moving to the acreage, Nick’s dad started a metal salvage business, in which Nick, his sister Alisa, and their mom Beth were highly involved in. Throughout his teenage years, Nick was a free spirit occasionally testing the waters as to how far he could push his luck with his parents. There was never a dull moment when Nick was around, and he would never skip a beat when there was a chance to get out of the house. As Nick continued through his high school years, he developed several friendships, some of which turned into lifelong bonds. He also met the love of his life, Julie King, during his high school career. Julie and Nick were happily married on October 5, 1991. This union blessed them with two children, Kirk Alan and Daniel James. After the birth of his children, Nick continued to work at Bill-Mar in Storm Lake, Iowa, where he would serve over twenty years on the sanitation crew until health problems limited his ability to work. Shortly after leaving Bill-Mar, Nick got his CDL and started to drive a bus part time for the Alta - Aurelia School District. He would soon take a full time driving position with the district, and drove a bus up until the day of his passing. Nick thoroughly enjoyed each and every one of the students that rode his bus over the years. They were truly the highlight of his days! Some students even enjoyed having Nick as a bus driver so much that they would miss him a great deal while he was absent. Nick was a very simple man. He enjoyed going fishing, watching WWE, and Nascar. You would also catch him cheering on the Green Bay Packers during the NFL Football Season. Above all, Nick enjoyed the time that he got to spend with his family and friends until his health deteriorated to a point that it was no longer enjoyable for him. Those left to cherish his memory are his mother, Elizabeth “Beth” of Sac City; his wife of 30 years, Julie; his sons: Kirk (AJ) and Daniel (Aubree), all of Schaller; his sister: Alisa (Mike) Erblich of Cherokee; nieces: Carol (Jason) Schreier of Sac City; Rebecca White of Fort Worth, TX; nephews: Richard Bubke of Sac City; Andrew (Danielle) King of Boone; great-nephews: Conner, Brantley, Kaneyn, Kinnick, and Koben; great-nieces: Siena, Kenna, and Piper; mother-in-law: Marilyn King of Schaller; brother-in-laws: Jeff King of Schaller and Kevin (Diane) King of Truesdale; sister-in-law Denise King of Schaller; many aunts, uncles, cousins, friends and extended family members. Nick was preceded in death by his father: Richard Langner; grandparents: Herman and Lydia Langner; Ernest and Ruth Moore; aunt: Carol Halder; uncles: Melvin Langner and Bob Halder; father-in-law: Harold King; several other extended family members and close friends.

The family of Nicholas Duane Langner created this Life Tributes page to make it easy to share your memories.

Send flowers to the Langner family.