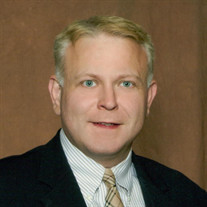 Jonathan A. "Bubba" Degner, age 46, of Washington, D.C. died on Saturday, April 24, 2021 at the Washington Hospital Center in Washington, D.C. Celebration of life services will take place Wednesday, May 12, 2021 at 10:30 a.m. at St. Peter Lutheran Church in Newell, Iowa. To watch the live stream of the service, click the following link: https://us02web.zoom.us/j/87873452803?pwd=NG1ORjVXWmVzWnFWVEYrQXNYbCtKZz09 and enter the password: funeral. Burial will be in the Newell Cemetery. Visitation will take place Tuesday, May 11, 2021 from 5-7:00 p.m. at the CHURCH. The family encourages memorials be given to the Jonathan "Bubba" Degner Memorial Scholarship. For more information and to donate please visit: https://members.sigmachi.org//bubbadegner. The Fratzke & Jensen Funeral Home in Storm Lake is in charge of the arrangements. Jonathan Ashley “Bubba” Degner, of Washington, DC, and formerly of Newell, Iowa was born at the Alta Hospital, Alta, Iowa on January 20th shortly after the great Iowa blizzard of 1975 and before an ice storm the following weekend. This scenario was perhaps the first indication of his adventuresome spirit. Jonathan was baptized and confirmed at St. Peter Lutheran Church in Newell, Iowa where he remained a member throughout his lifetime. He attended Fonda Community School and graduated from Newell-Fonda High School in 1993. While a senior at Newell-Fonda High School, he was a legislative page at the State of Iowa Capitol and was honored to be chosen to continue his service during the second session. He furthered his education at Drake University majoring in Political Science and History, two of his lifelong interests, and graduated in 1997. While a student at Drake, he was part of the first student group allowed by the U.S. State Department to visit Cuba. Also during his education at Drake, he spent a semester in Washington, DC as a White House Intern and attended American University there. While there he solidified his passion for politics and spent the majority of his career helping to write legislation and strategizing many political campaigns. He was instrumental in the passage of the Florida redistricting legislation. He was interested in the art of negotiation and was a voice for unions and underrepresented workers, continuing similar work and following in the footsteps of his grandfather, Donald S. Larsen, who led the union for many years at Hy-Grade. Jonathan dedicated his life to community service and looked for any way possible to make the world a better place. He served 14 years as an American Legion Boys State counselor teaching government and civics to young people at Camp Dodge in Johnston, Iowa. Jon was a longtime Sigma Chi fraternity member and volunteer and for the past seven years served as the Chapter advisor of the Epsilon Chapter at George Washington University. He was a 2019 Seven Lights Award recipient for his service to the fraternity and mentorship to college students. He also was awarded two Grand Consul Citations and was twice named the Province Chapter Advisor of the Year. He served as a journey facilitator, a faculty member during at least seven Balfour Leadership Training Workshops, the first Krach Transformational Leadership Workshop, and was a key contributor at the Fraternity’s inaugural Officer Training Academy in 2020. He served on the Fraternity’s Government Affairs Committee and was an advocate for student rights and lobbied on their behalf on Capitol Hill for the 2018 REACH and Higher Education Act. Bubba’s passion for public affairs and Sigma Chi history, led him to research and reunite a Sigma Chi ring, thought to be lost during World War II, with the family of its rightful owner. From that research, two Gold Star Sigma Chi brothers whose ultimate sacrifice occurred during World War II, were recognized in the Fraternity annals. Jon served in a variety of international fraternity events such as Grand Chapter and Grand Council and played a key role in the organization of these events held in Washington, DC. In addition, he was a reviewer for the Chapter and Member Accountability Committee and was instrumental in developing the newest Sigma Chi chapter at Georgetown University. Jon guided and mentored nearly 400 young men through college and beyond, imbuing them with salient life and leadership lessons every step along their journeys through pledgeship, brotherhood and onto their individual careers. After 3 weeks in the MedStar Washington Hospital Center Covid ICU, he lost his battle with Covid and was called home to the Lord on April 24, 2021. Even while hospitalized during those final days, his thoughts were focused on “his boys” at Epsilon and their well-being. He was an inspiration to many and an example to all. He was preceded in death by his grandparents, Fred and Arvilla Degner and Donald and Zelda Larsen, several aunts and uncles including Ruth and Leonard Paulson, Freddie and Thelma Degner, Robert and Barb Degner, Anita Larsen, and cousins Ron Degner and Mike Degner. He will be remembered as a kind, gentle soul by his family and friends including parents David and Ellen Degner, Sr., brother Dave Degner, Jr. and sons Derek Degner and Jaden Degner, sister Jennifer (Gary) Wells and children Brett Wells, Braden Wells, and Crystal Kelly, aunt and uncle Barb and Roger Waggie, aunt and uncle Lois and Karl Jirgens, many cousins, his Sigma Chi Fraternity brothers, and his vast network of colleagues and friends.

The family of Jonathan A. "Bubba" Degner created this Life Tributes page to make it easy to share your memories.

Send flowers to the Degner family.