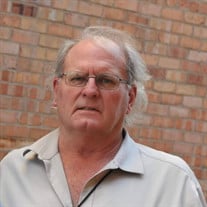 Gregory Ray Schriber was the kind of guy who would prefer to not have a fuss made out of him in the paper – in life or death. The recent Cherokee retiree and lifelong Storm Laker died on Feb. 9, 2022, at the Cherokee Regional Medical Center. He was 65. Memorial Services will be held on Saturday, Feb. 19 at 10:30 a.m. at the Fratzke & Jensen Funeral Home in Storm Lake. Visitation will be held one hour prior at the funeral home. Burial will be in St. Mary’s Catholic Cemetery. The Fratzke & Jensen Funeral Home is directing the arrangements. Greg was born to Romaine and Dorothy (Kalin) Schriber on June 15, 1956 in Storm Lake. Growing up, Greg attended grade school in Peterson, Iowa, and later attended St. Mary’s School in Storm Lake before graduating from Storm Lake High School in 1975. Greg lived a life that embraced the thrill of adventure over the banality of staying in a single, secure place. In 1979, he moved to Seattle, Washington, where he graduated from dive school and traveled the world as a deep-sea welder. Starting in 1990, he helped his father at Schriber Sales & Service. After graduating from high school in 1975, Greg enlisted in the U.S. Air Force, where he served until he was honorably discharged in February 1977. Looking back, it was not out of character for him to downplay the length of his service to the point of obscurity – even to those with whom he was closest. On April 25, 1992, he married Leigh-Ann Harrington at St. Mary’s Catholic Church in Storm Lake. Together they were blessed with their son, Alexander and step-son Jeremy Winebrinner. After living in Texas, Oregon and California, Greg retired from diving in his 40s. In 2000, he moved back to Storm Lake before his career shifted to working as a crane operator assembling wind turbines throughout Iowa and Texas. In 2018, Greg and Leigh-Ann moved to Cherokee. Greg remained thankless by choice throughout life in many of his endeavors. For years, he would pick up sticks and repair gopher holes at St. Mary’s Cemetery, always being sure to do so out of sight. His love language showed care through these types of gestures. Greg enjoyed keeping his hands busy by doing home improvement projects, always looking for the next change to bring variety to a life staying put in one place. He leaves behind a multitude of unfinished projects and stacks of unused materials. As an artist, he put into living color a variety of mediums including sketches and copper wire art of ships, ocean scenes, lighthouses, and picturesque seascapes. Unfussy about the paper he drew on – it could be a piece of printer paper or the inside of a Lean Cuisine box -- you could always expect a letter from Greg to have a few words of love alongside a quick sketch of a sailboat. To him, the picture said a thousand words. Later in life, he channeled his talent into other painting mediums, like watercolors. Greg is survived by his wife, Leigh-Ann Schriber of Cherokee; son: Alexander Decious (Elijah) of Cedar Rapids, Iowa; siblings: Barbara (George) D’Amore of Albuquerque, New Mexico; Gary (Debbie) Schriber of Hollywood, Florida; Mark (Linda) Schriber of Billings, Montana; Michael (Cheryl) Schriber of Casper, Wyoming; brother-in-law: Vincent (Patricia) Harrington of Storm Lake, Iowa; sister-in-law: Cynthia Harrington (Mary Rose Algya) of Peoria, Arizona. He is preceded in death by parents: Romaine and Dorothy (Kalin) Schriber; parents-in-law: Glenn and Jean Harrington; step-son: Jeremy Winebrinner.

Gregory Ray Schriber was the kind of guy who would prefer to not have a fuss made out of him in the paper &#8211; in life or death. The recent Cherokee retiree and lifelong Storm Laker died on Feb. 9, 2022, at the Cherokee Regional Medical Center.... View Obituary & Service Information

The family of Gregory Ray Schriber created this Life Tributes page to make it easy to share your memories.

Gregory Ray Schriber was the kind of guy who would prefer to...

Send flowers to the Schriber family.