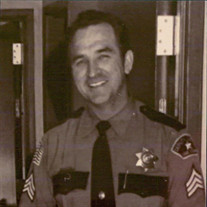 George F. Weiland Jr., age 87, of Truesdale, Iowa died August 23, 2020 at Methodist Manor Retirement Community in Storm Lake. Memorial services will be held at a later date. The Fratzke & Jensen Funeral Home in Storm Lake is in charge of the arrangements. George was born August 6, 1933 in Truesdale, Iowa to George and Lillian (Delbridge) Weiland, Sr. In 1968, George was baptized at the Free Methodist Church in Lebanon, Oregon. George graduated from Chemeketa Community College in Salem, Oregon in 1971 with a degree in Law Enforcement and Associate in Science. He was recognized as a distinguished master of marksmanship with the Oregon Peace Officers Association, shooting the first perfect score in the history of the state. George was an avid sportsman and gunsmith. He served in the United States Army. George was the father of three children: Susan, Kimberly and Kevin. Those left to cherish his memory include children: Susan Weiland of Cottage Grove, Oregon; Kimberly Weiland of Meridian, Idaho; and Kevin (LaTonya) Weiland of Farmerville, Louisiana; seven grandchildren; seven great grandchildren; sisters: Margie Hoferman of Alta, Iowa; Ruth Dierenfield of Aurelia, Iowa; Darlene Barrickman of Truesdale, Iowa; and Linda Anderson of Truesdale, Iowa; extended family and friends. George was preceded in death by his parents, George and Lillian Weiland, Sr. and brother, James Weiland of Truesdale, Iowa. George will be missed by those who knew and loved him.

The family of George F. Weiland Jr. created this Life Tributes page to make it easy to share your memories.

Send flowers to the Weiland family.