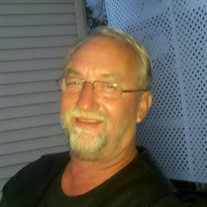 Dana M. Petersen, age 70, of Storm Lake, Iowa died Monday, April 4, 2022 at Cherokee Regional Medical Center in Cherokee, Iowa. A Celebration of Life Gathering will take place Sunday, April 10, 2022 from 2-4:30 p.m. at the Fratzke & Jensen Funeral Home in Storm Lake. The Fratzke & Jensen Funeral Home in Storm Lake is in charge of arrangements. Dana Martin Petersen was born prematurely to Robert L. and Zoe M. Petersen on December 7, 1951. His family was in a car accident that caused his mother to go into early labor. His early childhood was in Palmer, Iowa. The family moved to Storm Lake in 1954 as his father was hired as an elementary principal for the Storm Lake School System. Dana’s involvement in school was the Webolos, band, basketball and golf. He graduated from Storm Lake High School in 1970. Summer vacations revolved around his dad’s army reserve obligations and fishing at The Lake of the Woods in Minnesota. After graduation, he attended USD in Vermillion, SD for 2 years, then transferred to UNC at Greeley, CO and graduated with a BA majoring in English and minoring in History. After graduation, Dana moved back to Storm Lake, where he worked at the Red Barn for several years, IBP until it closed and then construction, pouring concrete for several contractors. He developed many back issues as a result of this job. He then went back to BVC to renew his teaching degree. He taught at Newell-Fonda substituting and then a temporary full-time position. Mr. Phil Casey at Newell-Fonda encouraged and recommended Dana apply at Storm Lake. Dana followed his advice and was hired by SLCSD for their new Alternative High School Program. He helped develop the program from the ground up and was there for 15 years. He then transitioned into a traditional classroom and taught World Cultures at the High School until he retired in 2014. Dana was a constant learner, sometimes reading as many as three to four books at a time. He was a Mr. Fix-it type of person. If something needed fixing and he didn’t know how, he would scour the internet until he found the answer. If any family or friends needed anything, they asked him if he had the item; nine out of ten times he did or would have another solution for them. He was savant-like, if someone had a question, he surely would have the answer. Dana enjoyed his retirement. He loved antiquing, reading, garage sales, horses, German Shepherds, farm cats, all animals, and fishing. He was always busy with a project on the acreage, where he woke up every day with a goal. He enjoyed cooking and eating, all things cowboy and watching college basketball. His favorite teams were Iowa, Iowa State and Creighton. He also loved riding his 2003 Harley Davidson Heritage Softail with his friends and took summer vacations visiting many neighboring states. A highlight of Dana’s week was TT (Thirsty Thursday Club Food and Fellowship) where he is the current president. Dana was a very fun loving, kind, and gentle man. He was a friend to all and had many lifelong friendships. He will be deeply missed by his family and friends. Dana did have a mantra that as he grew older and especially after retirement was heard more frequently: “Don’t Make Plans For Me” He is now on a new journey making his own plans. Dana is survived by Julie Hoft, significant other and best friend, brother: David (Audrey) Petersen, nieces: Kristin (Kyle) Hartje and Jacalyn Petersen, numerous other relatives and friends. Dana was preceded in death by his parents, Robert and Zoe Petersen and infant sister, Lynn Kristin. In lieu of flowers, memorials can be made to the Cherokee Regional Hospice, 300 Sioux Valley Drive, Cherokee, Iowa 51012.

The family of Dana M. Petersen created this Life Tributes page to make it easy to share your memories.

Send flowers to the Petersen family.