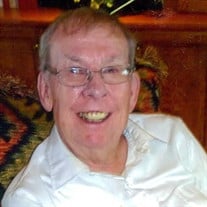 Dale R. Hemmingsen, age 86, of Storm Lake, Iowa died October 27, 2021, at Methodist Manor Retirement Community in Storm Lake, Iowa. There will be no services at this time. The Fratzke & Jensen Funeral Home in Storm Lake, Iowa is in charge of arrangements. Dale R. Hemmingsen was born November 8, 1934, in Brooten, Minnesota. After graduating High School at Newell-Providence in 1952, Dale attended college at Buena Vista University. Dale was married to Joyce Gertsmeier in 1957. He enlisted in the United States Air Force in 1957 and was honorably discharged in 1962. He was a Chaplain’s Assistant stationed in both Arizona and Florida. He and Joyce later divorced, and Dale married Susan Grieme on April 6, 1968. At that time, Dale was an organist for Grace Lutheran Church in Storm Lake, Iowa. After Susan and Dale divorced in 1980, they remained lifelong friends. Dale was blessed with a daughter, Angie. Dale owned and operated Tri-State Piano & Organ with as many as four stores in the 1970s and 1980s for 40+ years. Dale was affiliated with All Saints Episcopal Church in Storm Lake, Iowa. He recently was an organist for the church. Dale loved to travel, planning routes to take along with his family all across the country. He enjoyed fine dining, all types of music from ABBA to Fergie to Lawrence Welk, but especially organ music. He entertained many on the organ at The Rink in Storm Lake, as well as at the legendary Cobblestone in the 1950s and 1960s. He was intelligent, warm, and kind. He loved his family very much and his bright smile and sense of humor will be greatly missed. Those left to cherish his memories are his daughter, Angie (Dan) Maloy of Fonda, Iowa; grandson, Nathaniel Titus of Alta, Iowa. He is preceded in death by his parents, Ernest and Marlys Hemmingsen; his brothers, Dick and Bill; and ex-wife, Susan Bales.

The family of Dale R Hemmingsen created this Life Tributes page to make it easy to share your memories.

Send flowers to the Hemmingsen family.