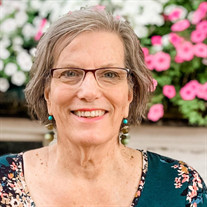 Cheryl Carlson, age 71, of Storm Lake, Iowa died Tuesday, September 15, 2020 at the Buena Vista Regional Medical Center in Storm Lake. Funeral services will take place Friday, September 18, 2020 at 10:30 a.m. at Faith Bible Christian Outreach Center in Storm Lake. Visitation will take place Thursday, September 17, 2020 from 5-8:00 p.m. at the Fratzke & Jensen Funeral Home in STORM LAKE. Burial will be in the Storm Lake Cemetery. The Fratzke & Jensen Funeral Home in Storm Lake is in charge of the arrangements. Cheryl M. Pease was born January 14, 1949 in Sac City, Iowa the daughter of Fred and Arbella (Anstiss) Pease. Growing up, she attended elementary school in Sac City and junior high in Early, Iowa. She graduated from Crestland High School in Early with the class of 1967. Following high school graduation, she continued her education at the University of Northern Iowa in Cedar Falls, Iowa where she graduated with a Bachelor’s Degree in 1971. Cheryl took her first teaching job in Alta in 1971 and continued teaching there until 1974. On June 19, 1971, Cheryl was united in marriage to Loren Carlson at the United Methodist Church in Early. Together, they were blessed with four children: Brandt, Linsay, Gabe, and Jordan. Cheryl found purpose in caring for the physical and spiritual needs of others and encouraging them through teaching the scripture. She was active in children’s and women’s ministry and loved music, worshiping and playing the piano. Cheryl loved simple joys like being in nature, potting her flowers, and collecting special rocks or wild flowers she would find along the way. Most of all, she was a committed mom and grandma to her four kids, eight grandkids, and spiritual mom to many. She will be deeply missed by all who knew her. Those left to cherish her memory include her husband, Loren Carlson of Storm Lake, Iowa; children: Brandt (Nicky) Carlson of Ankeny, Iowa; Linsay (Simeon) Vladimirov of Houston, Texas; Gabe (Kendra) Carlson of Pleasant Hill, Iowa; Jordan (Courtney) Carlson of Waukee, Iowa; grandchildren: Dillon, Addie, Myra and Hayden Carlson; Kaylee and Elyse Carlson; Ivy and Knox Carlson; sisters: Sharen Brandstater of Collinsville, Oklahoma; Karen (Tim) Laster of Hillsboro, Missouri; brothers-in-law: Terry (Kathy) Carlson; Randy (Lynn) Carlson; sister-in-Law, Dee (Curt) Otto; extended family and many friends. Cheryl was preceded in death by her parents, Fred and Arbella Pease and her brothers, Jon and Fred.

The family of Cheryl Carlson created this Life Tributes page to make it easy to share your memories.

Send flowers to the Carlson family.