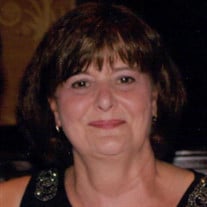 Carolyn Brown, age 68, of Storm Lake, Iowa died on Sunday, August 16, 2020 at the Buena Vista Regional Medical Center in Storm Lake. Private Family Funeral Mass will be held on Thursday, August 20, 2020 at St. Mary's Catholic Church in Storm Lake. Burial will be in the Calvary Cemetery in Ruthven. Public visitation will take place on Wednesday, August 19, 2020 from 5:00-7:00 p.m. at the Fratzke & Jensen Funeral Home in STORM LAKE. The family is requesting that face masks be worn at the visitation as well as socially distancing in attendance. The Fratzke & Jensen Funeral Home in Storm Lake is in charge of the arrangements. Carolyn Sue Brown, the daughter of Marvin and Dorthea (Brennan) Rosacker, was born on February 5, 1952 in Spencer, Iowa. Carolyn was baptized and confirmed in the Catholic faith. Growing up, Carolyn attended grade school and high school in Ruthven. She graduated from Ruthven High School in 1970. She then furthered her education at the University of Northern Iowa where she earned her Bachelor of Science Degree. On June 15, 1974, Carolyn was united in marriage to Ted Brown in Ruthven, Iowa. The couple was blessed with two children, Scott and Tim. Throughout her working career, Carolyn held a position in employment services and later worked at Buena Vista University. At BVU, Carolyn worked in the Student Leadership Center. She enjoyed working with the students, often serving as an unofficial mom when students needed advice. In her free time, Carolyn enjoyed scrapbooking, photography, creating vacation albums, planning vacations for her whole family, and going to her children and grandchildren’s activities. Carolyn lived her life by the saying, “life is about who you are with, not what you are doing.” She valued making memories with her family and friends over having material items. She always treasured having a good cup of coffee and a great conversation. She will be deeply missed by all who knew and loved her. Those left to cherish her memory include her husband, Ted Brown of Storm Lake, Iowa; children, Scott (Kristy) Brown of Brookings, South Dakota and Tim Brown of Sioux Falls, South Dakota; brothers, Bill (Marcia) Rosacker of LeMars, Iowa and Dan (Sheri) Rosacker of Forest City, Iowa; sisters, Linda (Sid) Jones of Jefferson, Iowa and Janet (Kris) Ausborn of Waukee, Iowa; grandchildren: Kinley, Easton, and Blakely Brown; extended family and friends. Carolyn was preceded in death by her parents and brothers, Larry and William Rosacker.

The family of Carolyn Brown created this Life Tributes page to make it easy to share your memories.

Send flowers to the Brown family.