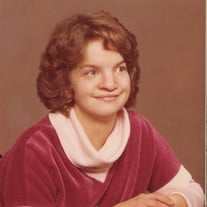 Barbara Jean Johnson, age 60, of Storm Lake, Iowa died on March 7, 2022, in Newell, Iowa. Funeral Services will be held Friday, March 11, 2022 at 10:30 a.m. at St. Paul Lutheran Church in Schaller, Iowa. Burial will be in the Buena Vista Memorial Park Cemetery in Storm Lake. Visitation will be held on Thursday, March 10, 2022 from 5-7:00 p.m. at the Fratzke & Jensen Funeral Home in STORM LAKE. The Fratzke & Jensen Funeral Home in Storm Lake is in charge of arrangements. Barbara Jean Johnson passed away peacefully at Good Samaritan Nursing home at the age of 60. She was born in Schaller, Iowa on June 15th, 1961 to Robert and Linda Johnson. Barbie was 1 of 5 siblings: Ardine, Connie, Del, and Erica. Barbara was baptized at St. Paul Lutheran Church in Schaller and attended church regularly until she was bound to a wheelchair. Although doctors thought Barbie wouldn’t live past three years old she soon caught on developmentally by watching her younger sister, Connie complete her milestones. She attended South School and graduated from the Special Education program at North School. Barbie attended Faith, Hope, and Charity, the original home. In 1973, the Red Barn Work Activity Center was developed and she worked sorting cans and unfolding newspapers to recycle for the community. She also attended Genesis Development Center working in their community program. Barbie became a resident of the Good Samaritan Center in Newell, Iowa in December of 2019. Barbie was fortunate to live at home until she was about 40 all due to the love and support of her parents. Barbie loved watching sports, spending time with family and friends, and playing with dominoes. Her favorites were mashed potatoes, eggs, and multiple scoops of ice cream, vanilla to be exact! Barbie’s favorite game was 52 card pick up or more depending on whether she ripped the card in two before throwing it on the ground, all for others to pick back up just to do it over again. Barbie loved to make sure all the lights were shut off, picked up after everyone, especially the pop cans that might or might not be empty, and be rolled back and forth across the kitchen floor on a rolling chair (later her wheelchair) as if it was a roller coaster. She loved golf cart rides, her uncle giving her motorcycle rides, sitting close to the TV and flipping through magazines. She liked being tucked in (sometimes multiple times), taking snap chat selfies with her nieces and nephews, and rubbing/patting her dad’s bald head. She loved being her dad’s sidekick. She enjoyed many vacations with her family. Barbie showed us unconditional love for 60 years. Her love for her family had no limits and she never expected anything in return. Left to cherish her memory are her parents, Robert and Linda Johnson; sister, Connie, and husband, Thom Watts; brother, Del and wife, Kim Johnson; sister, Erica, and husband, Todd Boettcher; nieces and nephews, Briana (Matt) Bader, Dylan, Daetin, and Dalton Watts, and Dani (fiance, Austin Anderson), Karly and Carter Boettcher. Great-nephews, Oliver and Simon Bader. Also, aunts and uncles: Darlene Wells, Don and Joan Johnson, and Bob and Betty Coatsworth; along with many other friends and family. Other survivors include sister, Ardine, and husband Randy, and three girls; Brandy, Tasha, Kata, and families. She was preceded in death by her grandparents, her beloved Bumpa and Nana (Del and Sadie Coatsworth) and Oliver and Hazel Johnson; one aunt; Nancy Coatsworth and cousin Tony Coatsworth; and four uncles: William (Bill) Coatsworth, Dennis Johnson, Robert Ploeger, and Leonard Wells.

The family of Barbara Jean Johnson created this Life Tributes page to make it easy to share your memories.

Send flowers to the Johnson family.